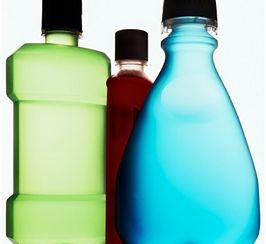 Did you know that mouthwash can be better at killing plaque than simply brushing your teeth?

The January/February issue of General Dentistry published new research, indicating that plaque and gingivitis can significantly be reduced by using germ-killing mouthwash in addition to regular brushing of teeth.

In addition to regular brushing, using a germ killing mouthwash can significantly reduce the occurrence of plaque and gingivitis, which are the beginning stages of gum disease, according to studies done by The General Dentistry.

While the very least amount of time you should brushing your teeth for is 2 minutes, most people only brush for a minute or less. Furthermore, the amount of people who floss regularly is only around 2 to 10 percent, so another great way to attack germs that cause significant oral health problems is to add a germ-killing mouthwash to your daily routine.

Have questions? Want to schedule an appointment?Contact us Now!